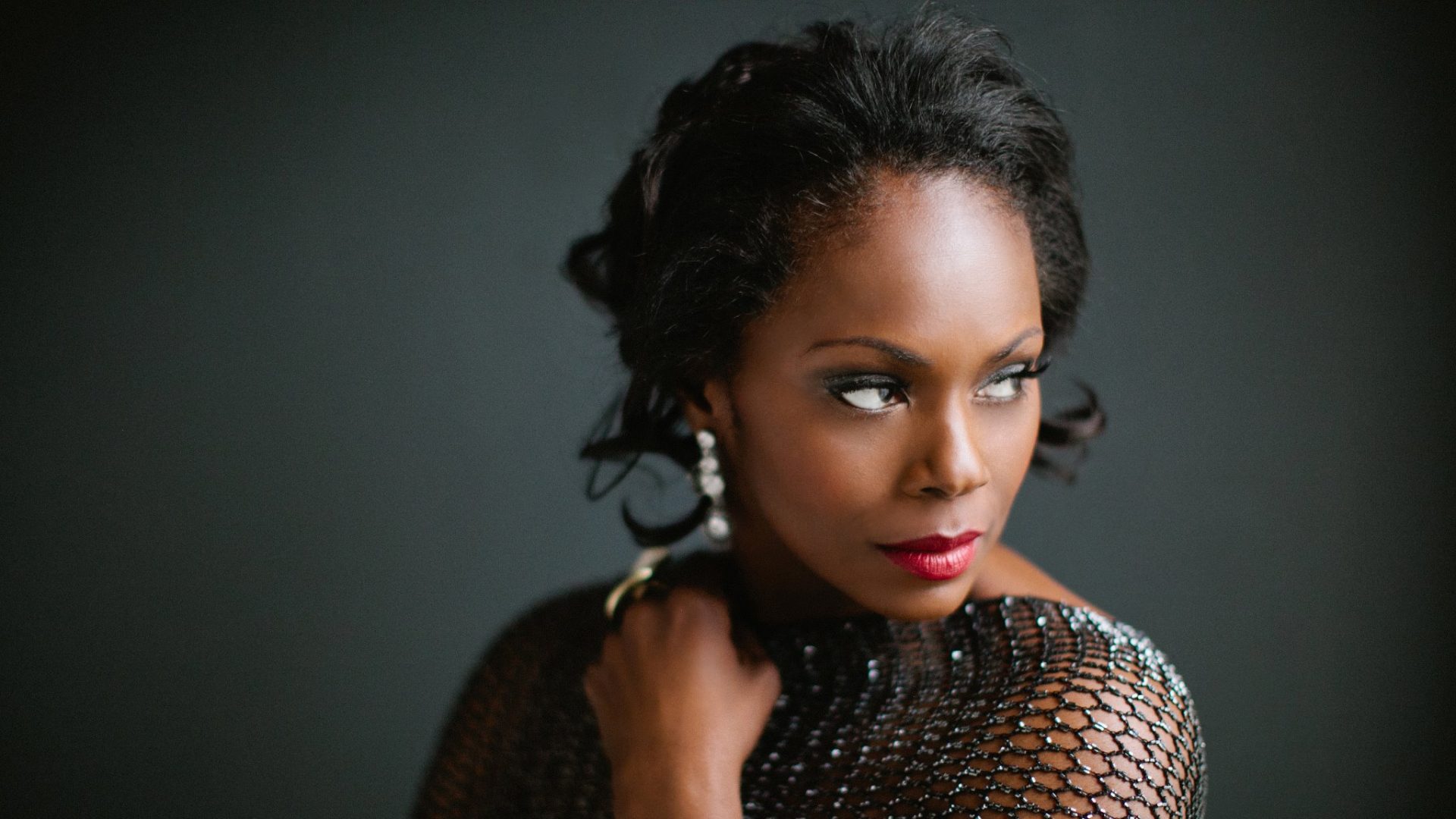 A last-minute cancellation at Atlanta Opera’s Aida turned Saturday evening into a brilliant homecoming for Atlanta native Indra Thomas, who triumphed in the title role. It was a night of great singing – some of the best Atlanta has heard in recent years.

Thomas flew in from New York, arriving at the theater at 6 p.m. with almost no time to rehearse. As the replacement was announced, a collective moan came from the audience. Few were prepared for what emerged.

After her first Aida, which took place here in 2003, Thomas has become something of an Aida specialist, singing this role more than any other, including with major international companies. She brings power and emotional intensity, along with floated high notes. Diction is sacrificed for tone, but the tone seems worth the trade. Her Aida is a tour de force. She is riveting on the stage; a real singing actress.

Soprano Indra A. Thomas is superlative in the role of Aida, the Ethiopian slave torn between her love for the Egyptian military hero, Ramades, and loyalty to her homeland. This is her second role with the Pensacola Opera, and I hope there are more to come. Her vocal prowess and emotional energy are stellar, especially on the arias “Ritorna vincitor” and “O Patria mia.”

And Indra Thomas’ Serena is the bedrock of the community, the matriarch whose piety and concern turns out to be an essential glue that holds Catfish Row together. Thomas nearly stopped the show with her tour-de-force prayer for Bess.

Another major event will be Verdi’s monumental and operatic Requiem, with Robert De Cormier conducting the VSO, VSO Chorus and soloists on May 1, 2010, in Burlington. Among the soloists will be soprano Indra Thomas who bowled over last year’s VSO Holiday Pops audiences with her big and beautiful voice – perfect for Verdi.

Soprano Indra Thomas was like a magnificent force of nature, regal, passionate and wonderfully simple all at the same time. The Libera me finale has some of the most amazing music Verdi ever wrote, and her performance combined the soaring drama of an aria with the urgency of a prayer in memorable fashion. The 180-voice Master Chorale, prepared by Richard Zielinski, had many great moments, like the almost jolly double fugue of the Sanctus.

Thank goodness soprano Indra Thomas sang wonderfully, imbuing her extensive part with an urgent, warm-blooded operatic appeal. Hers is a lovely instrument, and her final Libera Me had a desperately dramatic ferocity that almost redeemed this disappointing evening.

The spotlight was soon cast on Indra Thomas as the Verdi soprano who gave yet another incredible performance to add to her already impressive portfolio of performances which include orchestral engagements such as the Philadelphia, New York Philharmonic, Boston Symphony, London Symphony, BBC Symphony and Rome’s Accademia di Santa Cecilia.